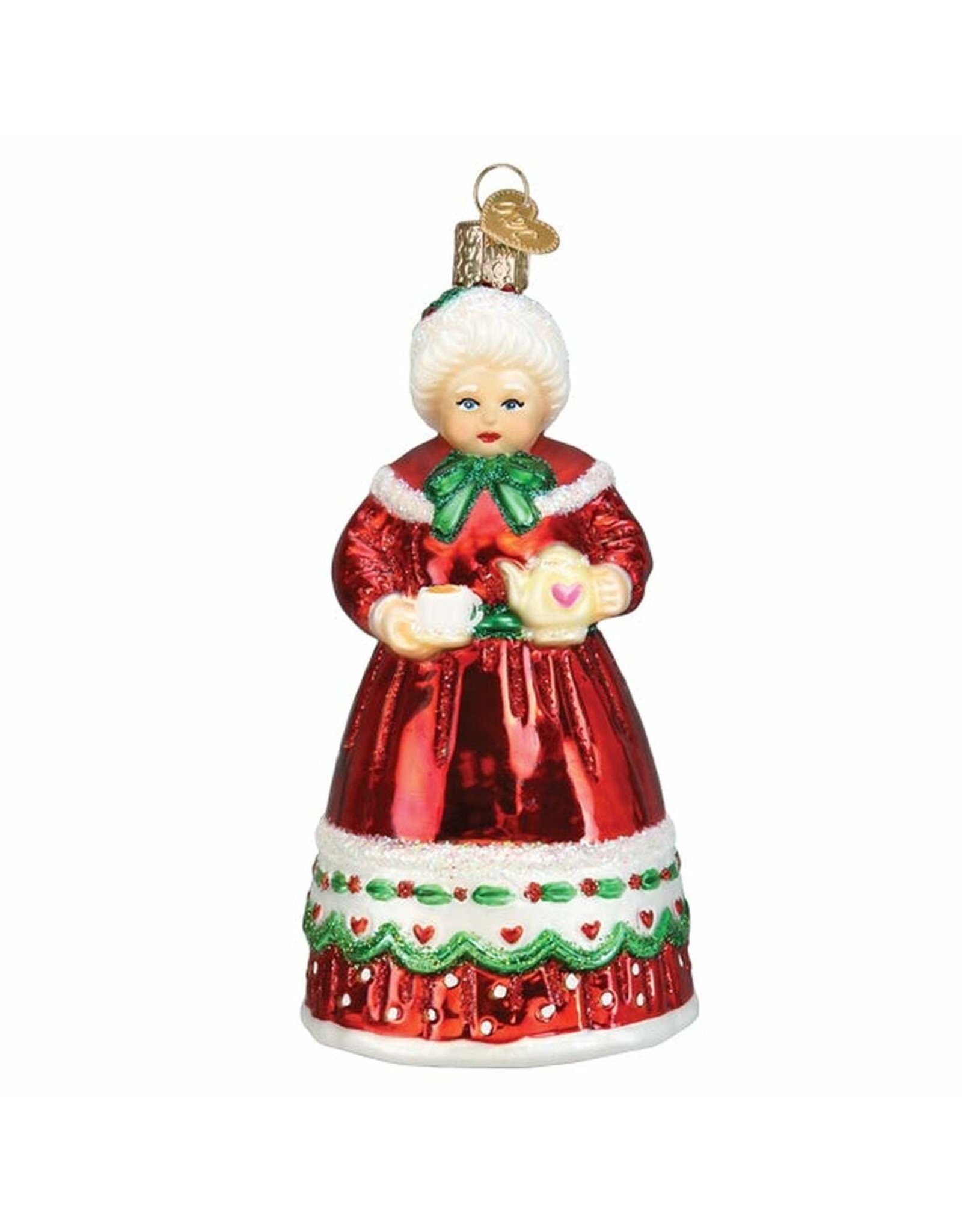 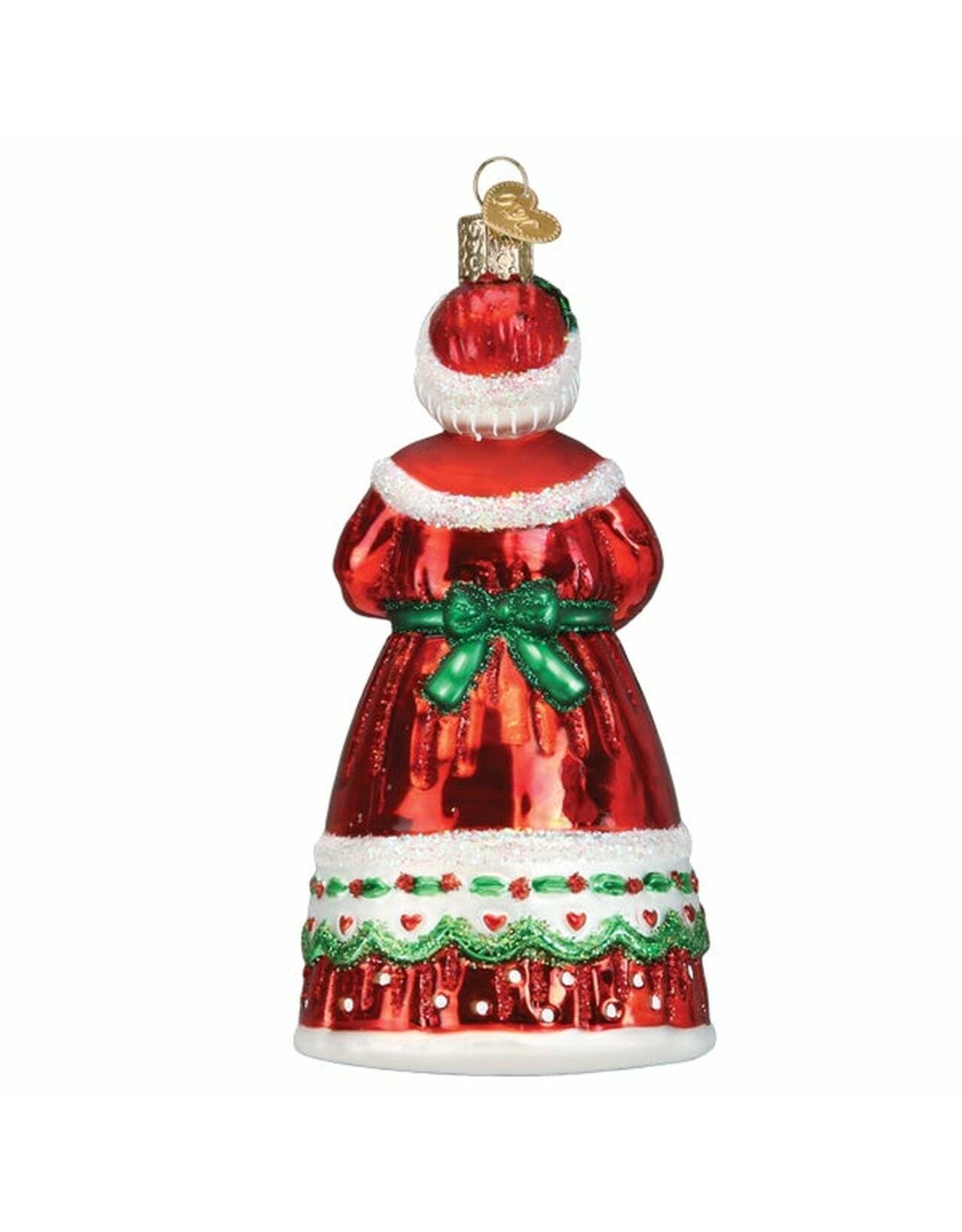 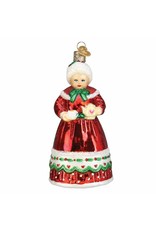 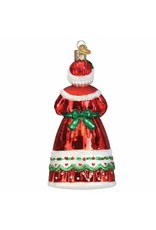 Since Santa Claus evolved from St. Nicholas, a celibate priest, no Mrs. Claus existed in Europe. However, a Mrs. Claus ornament was originally created by German glassblowers who felt she would be appealing to the American public. The family concept took hold, and Mrs. Claus was welcomed into American holiday stories and celebrations. 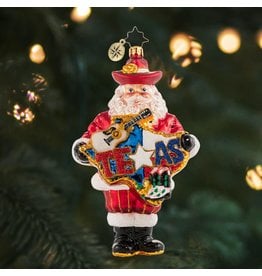 He has switched his Santa hat for a Stetson! Banner and guitar in hand, Saint Nick is paying tribute to the Lonestar State.
His Heart Belongs to Texas Santa
$86.00 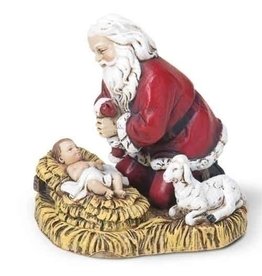 The Kneeling Santa was made popular by Christians who want to harmonize the love children have for Santa Claus with the true meaning of Christmas, Jesus's birth. This boxed ornament will be one your family will treasure for generations.
Kneeling Santa Ornament
$17.00 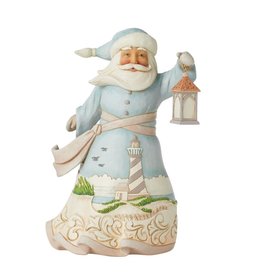 When delivering seaside, Santa gets to escape the snow for sandy shores. Celebrating the change of scenery, Santa dons a blue cloak and a lantern to walk through the sea mist. With a lighthouse scene on his gown, this 8" figurine is a delight.
Shoreline Santa
$68.00 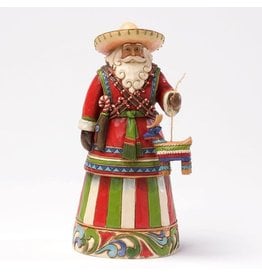 Jim Shore's Santas Around the World collection shines a light on the many holiday traditions. Hand-painted in the national colors of red, green, and white, Mexican Santa holds a piñata, a particularly symbolic part of Mexican Posadas.
"Feliz Navidad" Mexican Santa
$53.00 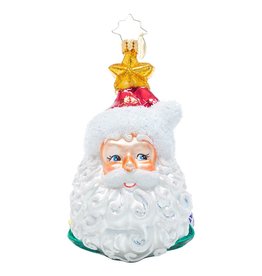 This charming double-sided ornament showcases two classic icons of the holiday season – Santa Claus and a tastefully trimmed tree. Display it for a delightful dose of traditional Christmas cheer!
Christmas All Around Santa Treasure
$56.00 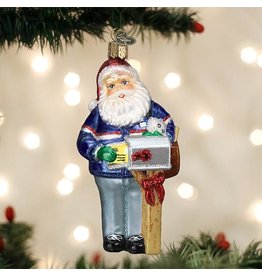 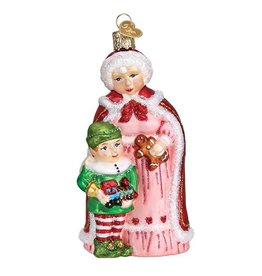 The North Pole is a small loving community. At the helm is the Claus Family. Mrs. Claus is always the first in line to spread Christmas cheer!
Add to cart
Mrs Claus with Elf Ornament
$29.99